la casa de papel
During my studies at the IED University in Madrid, I created a responsive landing page
for a Netflix TV series as the final thesis project.
Today "La Casa de Papel", also known as "Money Heist", is the Netflix production
among the most viewed and known in all countries of the world.
introduction
the concept
Surely the strength of that story are the characters,
each known by a different name of a city: no one is called with his real name.
Each robber has its quality and with each one of them the public can empathize more.
For this reason, I chose to use a map as a concept for my project: it is thanks to the latter,
that I can tell the story of the Professor, brain of the operation, and his gang, through some pins that I placed on the map, through of which the user can discover the characteristics,
personality and other details of each character.

research
Studying a Netflix interview with the directors and writers of the series, it emerged that the first thing they want to convey to the public is empathy, that is, the ability to enter the roles
of the characters through emotions, along with closeness with the public, as I mentioned before.
Therefore, I thought about transmitting this message of empathy through the screens in the form of interaction. The user on the website, in addition to being able to read the characters sheets,
can also decide to "join" the band as a new recruit: by clicking on the button with the Dalí mask,
he can type on the keyboard any city of the world (that will appear below among the suggestions).
the user becomes the real protagonist
because he discovers contents 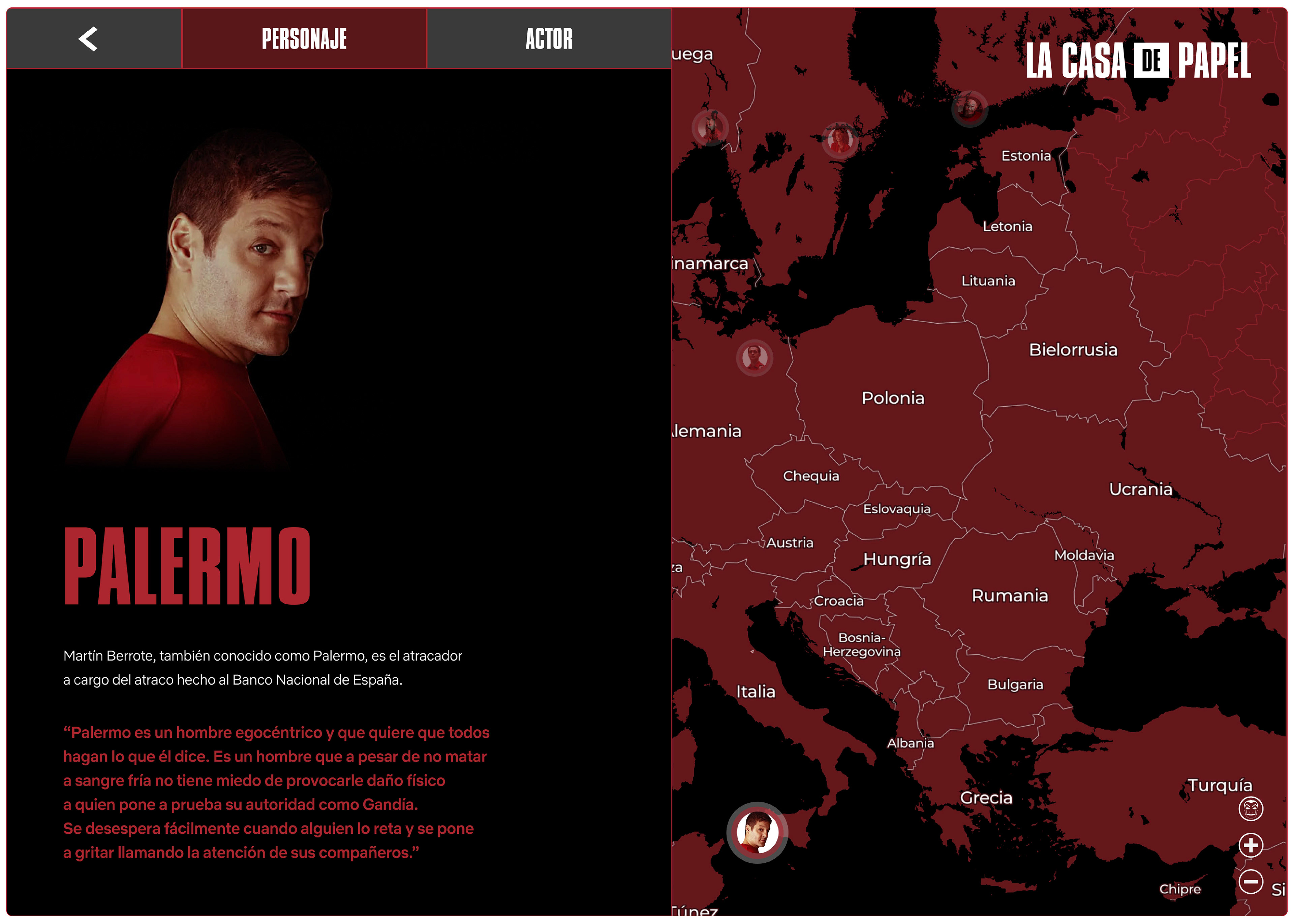 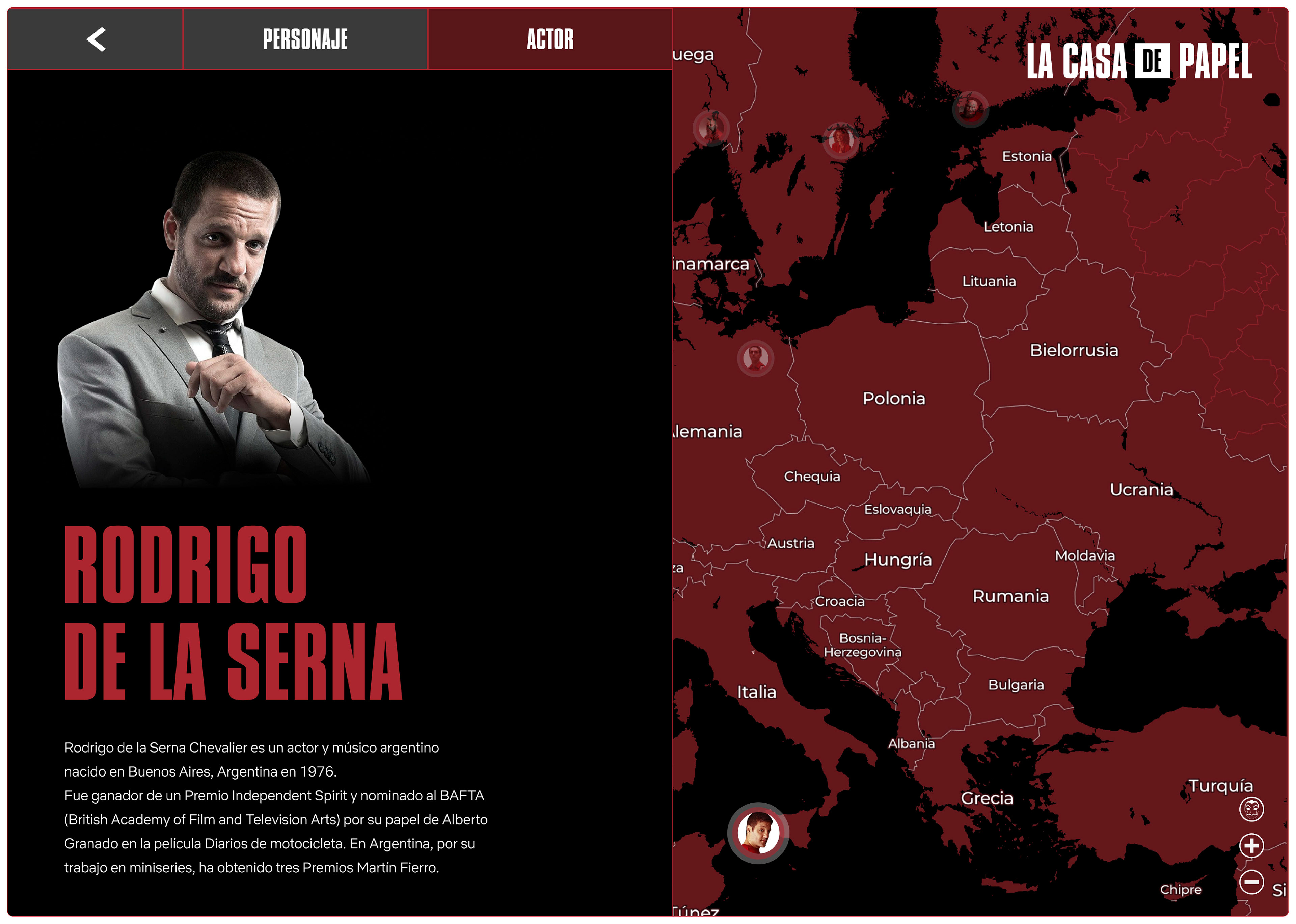 and interacts with them
prototype

J.Gasco Soft Drinks
↑Back to Top